Bank Products, News, Other investments, Out of the blue, Stock

Will the crisis in Cyprus affect my investment?

We heard lately of the financial turmoil in the island of Cyprus.

The biggest story lately was that in exchange for bailout money from the ECB-IMF, Cyprus has to levy around 10% of depositors money in exchange for shares in order to maintain liquidity. Of course this was not well accepted by the people because it is a way of forcing its citizen to freely give their hard-earned money. 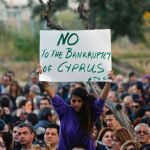 So why would this affect your investment, particularly investment in the Philippine Stock Market?

First lets look at the story of Cyprus and this on going Euro bailouts. As you are aware it all started with Greece and the rest of the PIGS(Portugal, Italy, Greece, & Spain). Greece is mentioned because Cyprus heavily invested in Greek bonds so it follows that when the investment falls so the investor falls. Cyprus as compared to its fellow EU members has a smaller economy but due to their lower tax on interest it attracted huge funds which according to reports is from Russia and in turn the funds were invested in Greece. Cyprus enjoyed this situation until Greece defaulted thus making their investment more of a junk investment and now they are in trouble because they in default as well.

With the issue at hand where a depositor’s money will have a deduction of around 10% seems to affect how people will view the power of lending banks. Such will only worsen the situation because depositors now will withdraw their money before they lose it. It creates a bad picture for depositors as well. 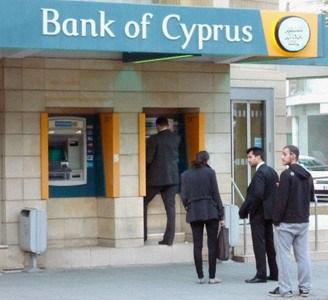 When such happens investors will scramble to find safer havens which is usually the emerging markets like the Philippines. As noted by an article in Philippine Star, this inflow of funds from the Eurozone will be temporary as investors are waiting on what will happen to the Cyprus crisis and worse is that such crisis will also be coming to our financial system since these funds are still connected to the problem Cyprus has.

For more reading on this issue check out links below:

Bank of Cyprus’s Customers May Lose as Much as 60% on Deposits – article from www.bloomberg.com