Other investments, Out of the blue, Personal Finance

What Is Financial Freedom?

First of all I want to greet  all my kababayans a Happy 115th Independence Day! 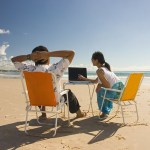 I have been writing how one could get out of debt and live in the dream and bliss of financial freedom but what really is financial freedom? I guess a lot of people misinterpret such term into having no debt and can buy anything they want because one has lots of money. For them a person who is financially free is one who is rich.

In reality though, even rich people and those who fool us that they are rich with all those fancy clothes, bling, house, car, and parties are actually not financially free. It is a sad fact just like the news I read in Inquirer.net that though the Philippines posted a very astonishing growth, the Philippines’ jobless report says a different story(click here to read the article in inquirer.net).

Here is what I believe and adhere as the true meaning of financially freedom:

It is that state at which one is not worried even with unexpected obligations because one has more than enough and has expected new source of income to address such arising needs.

Kinda deep huh? Well let me explain to you.

The recent interview of Suze Orman from her second visit to our country tells us all( check here to see the video and a list of all the points she pointed out for the Philippines to truly achieve economic growth). Suze Orman said that Filipinos don’t want to save. Many of our kababayans complain that they have meager salaries or they have so many obligations that there is nothing left for savings and what more for investment for retirement.Suze says that it is not that we can’t save but rather it is because we don’t want to save(and yes I will be writing several blog post about that 40 some minutes of Karen Davila’s interview of Suze Orman).

Now let’s go back to my definition of financially freedom to point out what is financial freedom. If you don’t have savings you are probably worried where will you get money to pay for the food you need to put on the table.When one worries because they don’t know where to get the money to provide that is the state at which one is in debt or bankrupt and the opposite of it is financial freedom that is you are not worried because you know you have the means to pay even for an emergency.

One of the saddest situation in life is when you were enjoying your life and suddenly you lost your job or livelihood and now can’t afford the perks you enjoy. The problem with that is that you never set aside a few for the rainy days and the worst part also is that most people did set aside some money but never made it grow on its own thus when hard economic times came the value of their money was never enough to keep up with rising prices and then all was already exhausted.

It’s easy to spend even if you don’t have money because one is depress and in such situation with such toxic life one would like to escape it even for a moment by splurging the money they don’t even have.

Being financially free does not necessarily mean having tons of money but rather it is that sense of security because you know you can and you have the means even if emergencies come.

Do you want to be financially free? Start by setting aside money for the future and emergencies. Save as much as you can but also not to the point that you live your life like a rat. Then look for an investment vehicle to make this savings grow on it’s on while you continue saving. While doing such start reviewing your lifestyle as well. Start to live simply and below your means. If you don’t know how to live simple check out Bo Sanchez’s book Simplify and Live the Good Life

← What happened with COSCO(Cosco Capital Inc.)?
Suze Orman says: It is not that Pinoys can’t save, they don’t want to save →

2 comments for “What Is Financial Freedom?”