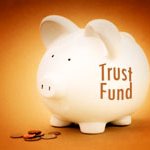 What is a Unit Investment Trust Fund?

I searched the Bangko Sentral ng Pilipinas(www.bsp.gov.ph) and a pdf file about UITF was one of the search results. Based on that presentation UITF is:

So a UITF is an open-ended trust fund which means any investor can come in and out of the investment anytime. It is also a pooled fund and it is administered by a trust entity meaning various investor put together their money which a trust entity will look after in order to achieve the goal of such pooled funds.

UITF is often compared to a Mutual Fund which is also a type of pooled funds. But there are difference between these two. Among them are:

Mutual Fund is a corporation registered with the SEC thus one becomes a shareholder of the Mutual Fund when you invests in a Mutual fund. A UITF on the other hand is a Trust product of the bank thus you don’t become a shareholder of a bank but instead you become you own an investment unit the bank has.With that the value of each has a different name. We call the value of a  share in a Mutual Fund as NAVPS(Net Asset Value Per Share) while a UITF is called NAVPU(Net Asset Value Per Unit). Such valuation is measured by its current net asset value arrive at by deducting total liabilities to total assets.

In a Mutual Fund, investors need to pay Entry fee to be a shareholder and an exit fee when shares are redeemed. UITF charge a single management/trust fee.

Is it safe to invest in UITF?

Like I mentioned in the beginning of this blog post UITF is a way of indirectly investing in the stock market. With that one has to think of the risk that comes with such investment. UITF can be invested in different stocks, government bonds, commercial papers, and others depending on its type or whatever the trust group of the bank sees fit to achieve the goal it is set for.

There are blogs, forums, and online groups who monitor the performance of UITFs and most of them would see investing long-term in UITF is the best way to profit. One thing more UITFs are not bank products like deposits which are insured with the PDIC. The return one gets from a UITF depends on how well the market it is invested in performs thus the greater the risk the greater the return as well.

Why consider investing in a UITF?

Though it has risk and it is not insured in  PDIC still consider investing in UITF. The main benefit in my opinion in investing in UITF just like Mutual Fund is that it is administered by people with knowledge about the investment they are invested in thus it takes out the thinking from the investor who may not be as knowledgeable in such things.

Also since it is offered by banks and now most banks has, it is easy to open one just by visiting your bank branch. Also with most banks having online access one can monitor along side your deposits  these investments. Most UITFs can be opened at 10,000 pesos and an additional investment of only 1,000 is required.

For more reading check out this links:

Differences between Mutual Funds and UITFs

Is investing in UITFs a good idea?

5 questions you should ask before investing in UITFs

← A Day Trading Experience
How Much Is Investing in Philippines? →